Japan is a hiker’s paradise, and the Dewa Sanzan (the three mountains of Dewa) is a  pilgrimage route of the aesthetic Shugendo religion. Shugendo pilgrims and Japanese hikers can walk all three mountains – Haguro San, Gas San and Yudono San – although many non-religious hikers choose to walk just one or two of the mountains. Each mountain has a Shugendo shrine perched on the top.

The first mountain of the pilgrimage, Haguro San, is an easy walk, involving hundreds of beautiful stone steps.

The trail between Haguro San and Gas San is overgrown – well, that’s what we read, anyway – meaning that after hiking the first mountain we have to hitchhike to the trailhead of the second (you can also take a bus). This takes some of the satisfaction out of the Dewa Sanzan, as you can’t thru-hike all of it.

Before starting the trail, I was worried that this hike wouldn’t be beautiful, what with it being a religious pilgrimage route. After hiking a few hundred kilometres of asphalt on the terrible Camino de Santiago in Spain, I tend to avoid pilgrimage routes. This is because they haven’t been designed as nature hikes, but as religious hikes, and therefore the nature comes second.

The Dewa Sanzan route, however, is stunning, and is a worthwhile nature route which I highly recommend, particularly the section from Gas San to Yudono San.

We hope to complete all three mountains in one day, but in the end we sleep in a hikers’ hut (which is probably an emergency shelter) between Gas San and Yudono San. There is also accommodation at the shrines.

The trail between Gas San and Yudono San becomes pretty difficult and slow-going, and we have to climb down a number of ladders. This proves quite tricky with our massive rucksacks on our backs. 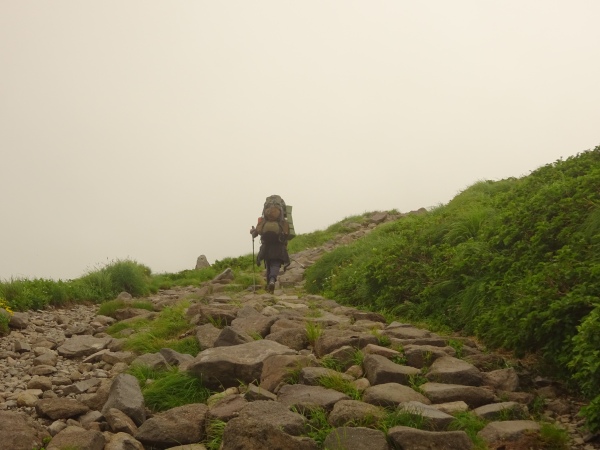 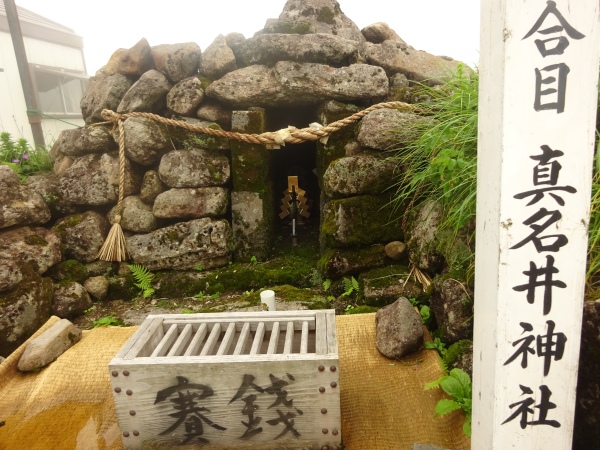 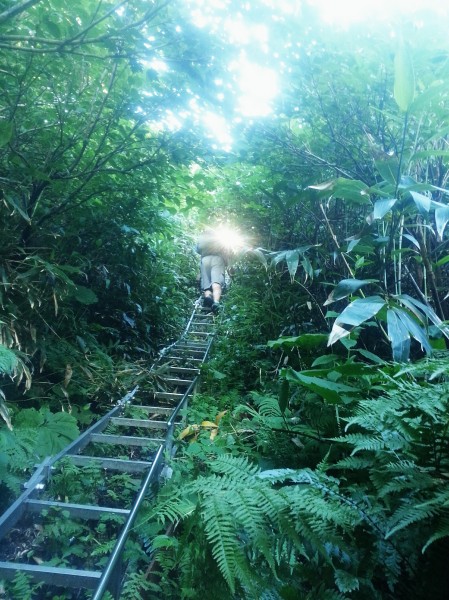 Just as we complete 99% of the trail, I slip on a mossy rock on the way to Yudono San’s shrine and land on my arm. Never before have I felt so much pain and I almost vomit. Trying to hide my agony from the yamabushi (mountain aesthetics), I perform the ritual of clapping and praying at the shrine, before whisking myself off to a hospital. After an x-ray, the doctor tells me that I haven’t broken any bones, and that I’ve damaged the ligaments in my elbow. With my arm in a sling, this is the third limb I have injured whilst hiking in the last year!

12 thoughts on “Hiking the Dewa Sanzan in Honshu, Japan”