I have been walking the Te Araroa hiking trail in New Zealand. This post covers the section between Lake Tekapo and Lake Ohau. After this we decided to quit the Te Araroa two-thirds of the way down the south island. Below I talk about our reasons why we quit, and I reflect on my time on the Te Araroa and whether it was a good hike to do.

END_OF_DOCUMENT_TOKEN_TO_BE_REPLACED

I am hiking the Te Araroa, a long distance hiking trail which spans the length of Aotearoa (New Zealand).

This blog post covers the following sections of the trail on the south island: Rakaia river to Rangitata river; Rangitata river crossing;  Two Thumb Track. (We did not attempt to cross the Rakaia river on foot, and we met no other hikers who did this). You can also read part 1, part 2 & part 3.

END_OF_DOCUMENT_TOKEN_TO_BE_REPLACED

This blog post covers the following sections of the trail on the south island:

It’s raining. The river hurls water downstream and the track becomes part of the river. We huddle in hikers’ huts until the weather clears. 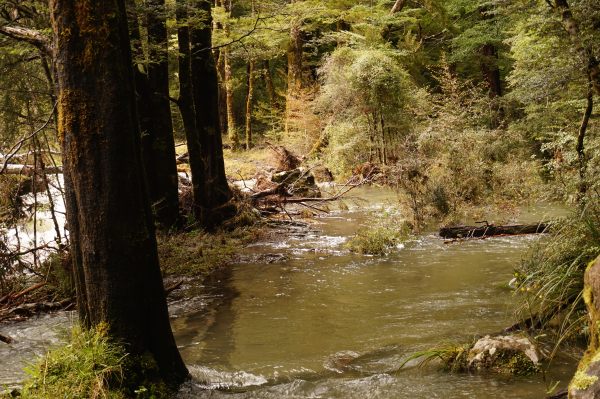 The trail is here somewhere…

I can’t remember when I last had dry feet…

And then, when the sun comes out and we start to climb away from the valley, the Waiau Pass section becomes spectacular. If you’re choosing just a few sections of the Te Araroa, pick this one! Snow-capped mountains surround us as we climb higher.

END_OF_DOCUMENT_TOKEN_TO_BE_REPLACED

This blog post covers the first 230km of the Te Araroa on the south island: the Queen Charlotte Track, the Pelorus river trail and the Richmond Ranges. You can also read part 1 of the trail.

“This is not a trail,” I splutter at Chris breathlessly as I huff and puff my way up, terrified of falling. “It’s a scramble up a cliff face.“

We’re back on the trail! After a two month knee injury (which still hasn’t fully recovered) Chris and I rejoin the Te Araroa at the start of New Zealand’s south island.

END_OF_DOCUMENT_TOKEN_TO_BE_REPLACED

Chris and I spontaneously decide that we’re going to walk a hiking trail which spans the length of New Zealand – or Aotearoa in Māori – some 3,000km. The trail is called the Te Araroa. One month later, we arrive in Auckland.

“My god, it’s like we’re in Liverpool,” I say as we reach the centre of Auckland. After months of travelling through Asia, it seems absurd that we’re the furthest from home we’ve ever been, and yet we find ourselves in a slightly different version of England.